Well, We All love to see sky full of star! Who doesn't? But, Do you wonder how much exciting it would be to see them during the day? Do you wonder how? Well, few of us might have the answer. Solar eclipse is one of the miraculous thing that one could see on their life span. The feeling is just divine! Just think of those stars which you saw before sunrise and you could see them again. Isn't that thrilling. Well, If you are in India and willing to see one with your own eyes for the first time, Then your wait is coming to an end this year. The Sky will bless us once again with annular solar eclipse at the end of this year.

When and Where? Annular Solar Eclipse in India

Solar eclipse could occur more than twice in a year in any part of the globe. But only few of them are complete or annular solar eclipse. It is very rare to see complete solar eclipse occurring in the same spot twice in a decade. The last time it occurred in India was on 22nd July, 2009 and, it is going to reappear on 26th December, 2019 in the southern region of India. The differences among these two celestial events are quite noticing.

Last time it occurred in northern region of India, and this time it is in southern region. Which clearly means even after waiting for 10 years you do not get to see this astonishing events on same spot. The other thing is, last time we got to see complete solar eclipse but this time around it is annular. Well, If you are also a amateur astronomers and wishes not to miss opportunities as such, Mark this date on calender and book your ticket to explore south India in cities such as Mangalore, Ooty etc. Look into the map for detailed description.

Solar Eclipse is very natural phenomenon to occur but some of you might be wondering that why and how does it occur? Well, you all might be aware with the fact that why it is day in India when at the same time USA sees night life. It happens because earth rotates in its axis along with revolving around the sun. The rotation causes Day And Night and revolution let you see season changes. Solar Eclipse can occur only in the region where sun is visible or In other terms it can only be seen during the day time and only during a “No Moon Day”. Now let’s understand how does it occur? There are lots of celestial bodies revolving around the sun. The Earth is too one of them. Here Sun is a star(A giant luminous body with its own light) whereas all the other revolving bodies around the sun are non luminous. Earth And Moon too are non-luminous bodies. The Moon revolves around the earth due to its gravitational forces . Moon plays a very important role on the appearance of solar eclipse. Like Earth, Moon too gets its light from the sun. So, We have a different viewing angle for sun from earth and moon. Like earth, Moon too gets light of the sun on the half and flat portion of its surface. But because of the viewing angle of the sun from earth and moon, We can not see the entire surface of the moon reflecting the light of the sun all the time. We see moon reflecting the light of sun entirely on ”full moon day” and on “No Moon Day” can not see even a little portion of moon reflecting the sun light. This is the reason for the occurrence of a “No Moon Day” and “Full Moon Day”. Now, Recall all the things from above… Think Of a time when earth is normally revolving around the sun and moon revolving around the earth. So, Now when earth is directly facing the sun light and moons suddenly comes between the earth and sun (So as moon is non luminous body, we wont be able to see moon light so it is no moon day)., There will be some part of earth which will suddenly be engulfed in the blanket of the darkness. Hence, Those Part of earth gets to see the solar eclipse.

Why Annular why not Complete Solar Eclipse? 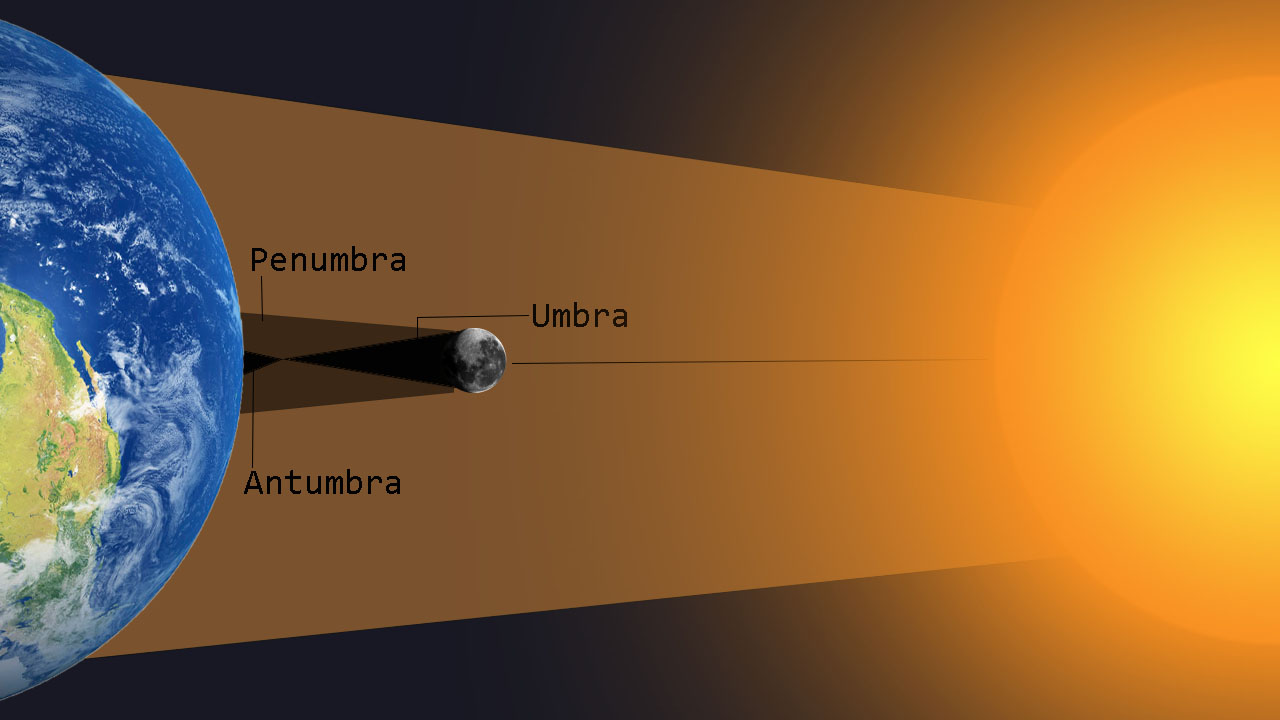 When Moon covers the sun entirely during the eclipse, It is called as a complete solar eclipse and when moon falls short on covering the entire region of the sun and instead forms a circular disc like structure in the sky with sun outshining the boundaries of thee moon is called the Annular Eclipse.

Why can’t moon cover the sun completely while annular Eclipse?

The distance between earth, sun and moon are not always same. More specifically in our case, when moon gets more closer to earth than usual and then this phenomenon occurs. More Descriptive view is given below:
Astroevents.IN